The idea to get mariachis to play the music of legendary composer Richard Wagner was born in Mexico. But magical mashup happened in Dallas' Moody Performance Hall on Tuesday. Find out how this dream became a reality. 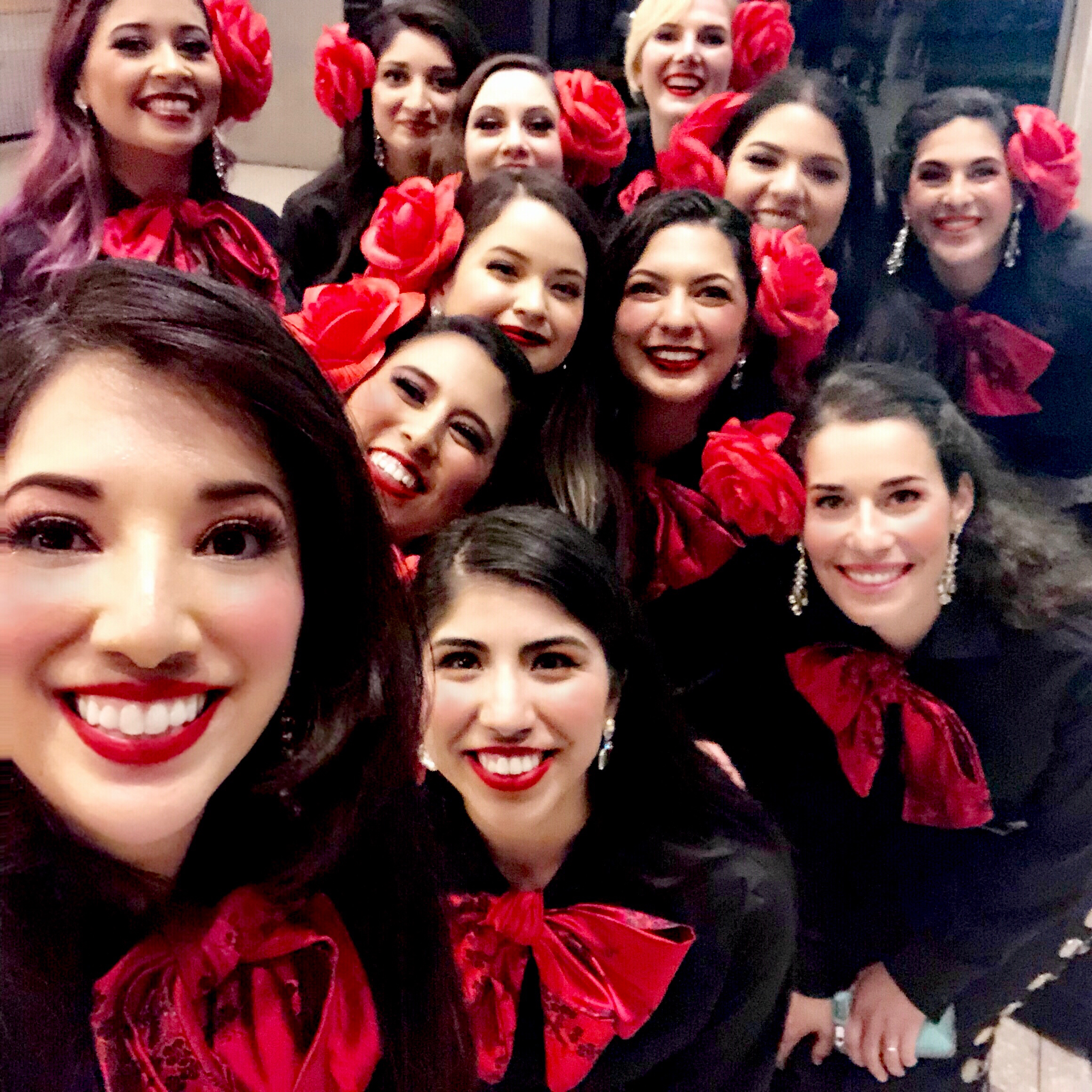 Mariachi Rosas Divinas are North Texas' first all-female mariachi ensemble. The group was co-founded in 2004 by director Tabitha Barrientos and several freelance musicians. The women decided to start the band, because they were having a hard time breaking through in more traditionally masculine ensembles. The Rosas Divinas are well respected in the region for their precise musical execution, their rich, beautiful sound and their presentation.

Welcome to the Art&Seek Spotlight. Every Thursday, here and on KERA FM, we’ll explore the artistic efforts of different North Texas creatives. As it grows, this site, artandseek.org/spotlight, will paint a collective portrait of our artistic community at work. Check out all the artists we’ve profiled.

Mariachis have many traditional songs to play for events like weddings or birthdays. Earlier this week, a mariachi ensemble tackled a different kind of classic – the lush and powerful music of legendary opera composer Richard Wagner. In this week’s Spotlight, Art&Seek dives into the music.

“Sometimes people will see us and they’ll be like, ‘Oh! You guys are dancers!’” says Tabitha Barrientos. She’s one of the founders of the Rosas Divinas. She’s also the group’s director. “They have no idea.  If we’re mariachis to them, we’re just singers. They have no idea that we actually play.”

People are often confused, because the Rosas Divinas don’t look like a traditional mariachi ensemble. They put a feminine spin on the old-fashioned, masculine look that you’ve probably seen at restaurants. Instead, these women have ditched the suits and sombreros for bright pink blouses, long black skirts, bright red lipstick and gigantic flowers in their hair.

“It’s like we get to go to prom every weekend, because we put so much time and attention into [our look],” Barrientos says. “But we’re criticized for that as well, because it’s like, ‘Oh. They just want to look pretty.’ And they don’t think that we sound good. It’s just a struggle.”

This morning’s show is their fourth concert in 24 hours. They’ve got another later in the day.

The group’s lead violinist, Karen Gerardo, is in the first violinist on the right.
Photo: Sylvia Elzafon

“We do get criticized, but how else would you stand out in these times, ya know? And so we keep the tradition in the music. And that’s what more important to us,” says Gerardo.

The six core members of the group have busy careers in carpentry, digital advertising, child therapy  and even patent law. But most of them have played music since they were children.

Barrientos says the music brings them happiness: ““It really is about the crowd. You could be playing a song that you’ve played so many times, but you see them enjoying it and it completely rejuvenates you.”

Luckily for them, the love they feel from audiences is reciprocal. Last year, a cell phone video of the Rosas Divinas made its way to the home of mariachi music – Jalisco, Mexico – and it ended up in the hands of visual artist Gonzalo Lebrija.

He long had a crazy idea to mash up mariachi with classical music — like Wagner. And he thought Rosas Divinas would be perfect.

“I heard there was mariachi by women,” says the Jalisco native, “And immediately I was like, ‘this is perfect!’ I mean, it’s very rare and very uncommon.”

To make his dreams come true, Lebrija partnered with composer Jesús Echevarría. Echevarría is a well-known musician in Mexico. And he’s celebrated for transforming works. In the past, he’s turned short and simple works into grand compositions. But this is nothing like that. This is more like turning a novel into a short story.

Echevarría, who calls himself the ‘Master of Crazy Ideas,’ told Lebrija that he would help. And so, he arranged Wagner’s music for the Rosas Divinas to perform at the Dallas Symphony’s SOLUNA Music & Arts Festival.

For those of you who don’t know, Wagner’s a German composer, and his work is usually tackled by hundred-piece orchestras. One of his most well known tunes is “Ride Of The Valkyries.” So as you might assume, this project was definitely a departure for Rosas Divinas. But they were game.

One day before the show, all the parties meet for the first time to rehearse at Moody Performance Hall in Dallas. Echevarría and Lebrija watch quietly as the women work through kinks.

Horns blast out notes. The strings section try to find the right pace. And the guitarrón, guitar and vihuela players help everyone keep up with tempo as they add traditional mariachi finger picking into the piece.

“So we’re trying to merge the two [genres] together and try to make it little more of our own,” says Barrientos. “We want to see if we make it to where they’re more like mariachi sounding songs as opposed to us trying to emulate a symphony. We’ll never be able to do that with just 13 of us.”

By show time, Lebrija is pleased, ““It’s a translation. And something comes out of it. I think that’s the importance of the work. It’s like they interpreted Wagner with their style. It’s something magical.”

Don’t take his word for it. Here’s the London Philharmonic Orchestra performing the ‘Grand March’ from Wagner’s opera ‘Tannhauser’:

And here’s the Mariachi Rosas Divinas:

At the time of Wagner’s death in 1883, he was still reworking ‘Tannhauser.’ He felt his opera was still incomplete. Maybe it just needed two artists from Mexico and a dozen female mariachis to put their spin on it.