Letting Everything Ride On Black

It was the signature color of Cristobal Balenciaga, the celebrated Paris fashion designer. The Kimbell has more than 100 creations of his on display in its first haute couture exhibition. 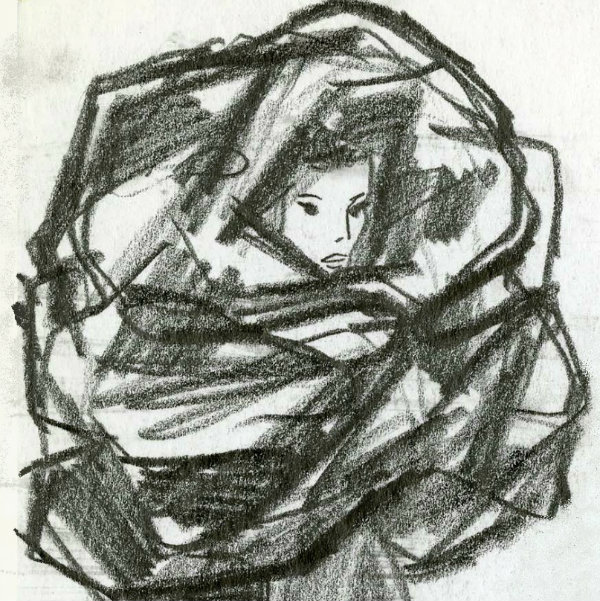 Forced out of his native Spain by the Spanish Civil War, Cristobal Balenciaga opened his Paris fashion house in 1937. But it wasn't until after World War II that his originality was fully recognized. In 1951, he revolutionized the silhouette of women's wear by broadening the shoulders and removing the waist. He invented the tunic dress and the chemise dress and inspired the next generation of designers including Hubert de Givenchy and Oscar de la Renta - who often called him 'the master.' When he died in 1972 at the age of 77, the headline of 'Women's Wear Daily' simply read, 'The king is dead.'

‘Balenciaga in Black’ is the Kimbell Museum’s first-ever show of high-fashion designs. Balenciaga was a king of Paris fashion in the ’50s and ’60s, and black was his signature color – as well as the color of royalty in his native Spain. The exhibition originated in Paris but when Kimbell Art Museum deputy director George Shackleford saw it at the Palais Galliera fashion museum, he knew it could work at the Kimbell. Conveniently, the Palais is currently undergoing a major renovation.

So we asked Miren Arzalluz, the new director of the Palais, to choose a single dress from the more than one hundred haute couture creations on display, a dress that highlights Balenciaga’s artistry with shape, fabric – and the color black.

Thank you very much.

Shaping silhouette, using different fabrics and how black made those silhouettes more emphatic, was an obsession of Balenciaga’s, says Miren Arzalluz, director of the Palais Galliera in Paris. Photos: Unless otherwise noted, all photos by Robert LaPrelle, courtesy of Kimbell Art Museum.

It’s worth noting that of the dozens and dozens of black dresses by Cristobal Balenciaga in this exhibition, each is hand-made, designed for a specific model or customer, and for a specific show – meaning they’re all custom built. And you’ve chosen one to talk about today. Could you describe it?

‘Balenciaga in Black,’ running at the Kimbell Art Museum through Jan. 6th in tandem with ‘Goya in Black and White.’

Of course. It’s a beautiful cocktail dress in black silk lace with lots of flounces sewn onto a black tulle and with a very full skirt – and with an overall ‘fluffy’ effect, you would say [the 1954 dress in question is the very first one in the rotating photo gallery below]

‘In nature, there is only black and white.’ – Francisco de Goya.

So Balenciaga became famous in the ’40s and ’50s for the form-fitting torsos of his dresses, their shoulders and the skirts with their very straight, long, clean lines. And this definitely isn’t that. So why did you choose this particular dress?

Because I think, on the one hand, it is a donation that he himself did to the museum [the Palais Galliera – more formally, the Musée de la Mode de la Ville de Paris] after he had closed his [fashion] house. So I think that is a validation by the master that this is a very good piece. On the other hand, I think we can see the influence of fashion history and of Spanish art in this dress – for example, the paintings of Goya and his interpretation of early 18th-century fashions. And also [Balencieaga’s] obsession, I would say, with silhouette. That is, he achieves almost a sculptural effect in this dress by a very particular use of lace.

Portrait of Cristobal Balenciaga at the entrance to the exhibition, ‘Balenciaga in Black.’ Photo: Jerome Weeks

And what is that? It’s a very unusual use of lace.

Yes, traditionally, lace has been used because of its transparent characteristics. And what he does is, these flounces are sewn into the dress – standing up. Which is absolutely extraordinary, I think. This is why he achieves this fluffy effect, this is why it’s almost sculptural and not transparent.

And you have to be a master of technique to actually come up with this different way of treating lace.

‘Black – I love black because it affirms, designs and styles. A woman in a black dress is a pencil stroke.’ – Yves Saint Laurent.

And there’s a almost a playful quality. It’s not what you expect when you hear the term ‘black silk cocktail dress.’

He had a lot more fun than we would expect. You know, this idea of him being almost monastic, you know, when you have these testimonies of people talking about the House of Balenciaga in Paris as being a convent, and that he was a very severe man, and he was a very serious man – well I think, it’s not so. And I think he had a lot of fun experimenting with textiles, coming up with new ways of approaching silhouette.

George Shackleford, deputy director of the Kimbell, whose idea it was to bring ‘Balenciaga in Black’ to the Kimbell (left), and Miren Arzalluz, director of the Palais Galliera in Paris (center), where the show originated. Photo: Jerome Weeks

Now, this is from 1954. Tell us a little bit about what that means for him and for Paris fashion.

After the Second World War, Paris fashion went through a very difficult time, and by the 1950s, it had fully recovered, partly thanks to Christian Dior and the unprecedented success of his so-called ‘New Look.’ So it was a really particularly important time for Paris fashion, and on top of that it was the height of the career of Cristobal Balenciaga. He was, well, one of the kings of fashion.

We mentioned black a little bit before. It’s a color of royalty in Spain, of mourning, of traditional Spanish dresses for women, as we can see in the exhibition of Goya prints that runs in tandem with ‘Balenciaga in Black.’ But one of the aspects of black in fashion is negation. It tends to be so utterly simple, almost blank. And yet Balenciaga seems to find countless ways of treating it – to show off, to heighten the details of drape, shape, texture.

Absolutely. Black had already been associated with a certain elegance, with chic. It’s the negation of adornment. But I think it is precisely because of his interest in silhouette because with black, the silhouette stood out more than for any other color.